Although the park, just behind the castle, was never completed, its originally planned dimension can well be guessed. Augustus the Strong had planned the garden according to the French floor plan model, but died before completion. His great-grandson, Augustus III also planned monumental reconstruction, which, however, was never implemented. The Seven-Years’ War masde further modifications impossible. Only in the 19th century, the castle gardens developed into a romantic park. After the Second World War, the park remained ignored, numerous spruces were felled.


In 1990, the Free State, jointly with the State Office of Monumental Preservation, began to reconstruct the park. Basis for this was a design from 1740. The U-shaped ground plan had an area of about 230 by 150 meters then. To date, the reconstruction is still in progress.

Visitor Regulations for the Castle Park

Dear visitor,The ensemble of Moritzburg Castle and the Little Pheasant Castle is a monument of architectural and landscaping art. In order to preserve the estate for future visitors, please note the following:The park is open daily from 6:00 am until dusk. Entering the estate is at one’s own risk. Liability for damages is precluded to the legally permissible extent. Paths that have not been cleared from snow or gritted are not upen to the public. Parents are held liable for their children.

It is generally not permitted:

We wish you a pleasant stay.

Those who would like to know more about that part of the castle property, has a chance to do so within the scope of a guided landscape tour.On request, we can also offer you a one-to-three-hour special guided tour of the cultural landscape of Moritzburg. We will, jointly with you, agree on an individual route. 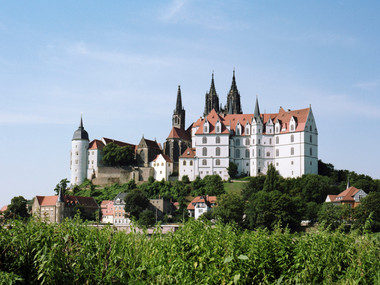 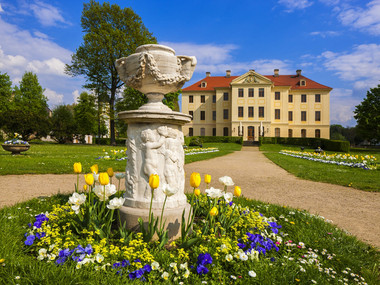 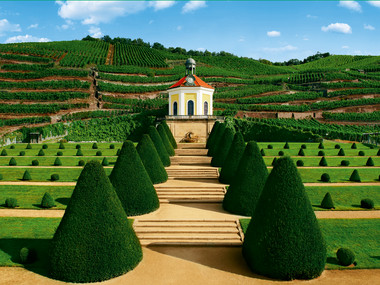