Augustus the Strong was a compassionate collector of porcelain. Since 2009, after almost four years of restoration, his collection of hunting motifs and animal figures mainly made of Meissen Porcelainhas been on display again. Almost all exhibits are originals from the 18th century and created by renowned modellers, such as Johann Joachim Kaendler and Johann Gottlieb Kirchner. 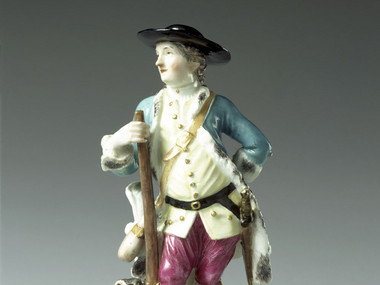 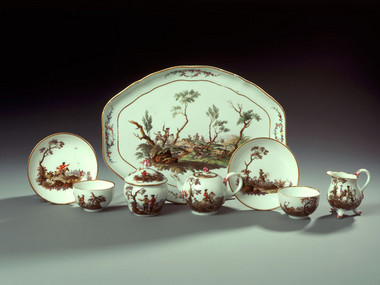 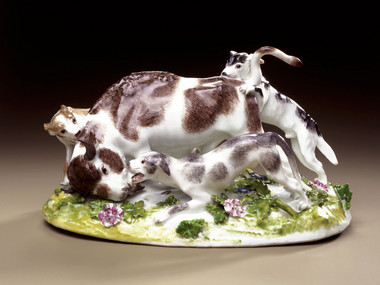 A more than 1.60-m-high European bison fighting a wild boar is one of the most impressive items. But also magnificent vases, tea and coffee services depicting scenes of courtly hunts, hunters’ figures and the legend of Saint Hubert enrich the exhibition.

Not only the porcelain collection, but also the four exhibition rooms with their silk wall claddings, curtains, historical furniture and chandeliers were restored in the way as they were when they were first opened.

Guided tours in foreign languages and at other times can be booked by groups.